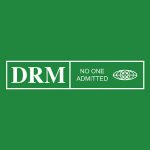 *This article is a small part translated into English of an extensive legal research on Digital Rights Management in Ukraine conducted by Roman Pokhyla within a cooperation framework between the Centre and the Ukrainian Society of Authors and Performers.

Accession of Ukraine to the World Trade Organisation earlier this year has revitalized public interest to the issues of legal protection of intellectual property. Wide scope of problems ranging from antipiracy efforts to collective rights management has entered a public debate. One of the topics frequently referred to is the implementation of international intellectual property rules into Ukrainian legislation. This survey aims to cover an important aspect of such implementation, namely the regulations on rights management information under WIPO Copyright Treaty, to which Ukraine is a party.

In general Ukrainian legislation provides an adequate modern copyright protection to the right holders. Ukraine is a party to majority of international agreements on the protection of intellectual property and a member of international organisations in this field.[1] In 2001 it acceded to the WIPO Copyright Treaty (WCT)[2] and in 2002 to the WIPO Performances and Phonograms Treaty (WPPT)[3]. Ukraine has implemented the Treaty by adopting changes into several acts of legislation. For the most part this legislative update centred on strengthening the criminal and administrative penalties for copyright violations, yet considerable attention has also been drawn to the implementation of novel concepts framed in the WCT and WPPT, notably anticircumvention provisions and electronic rights management information[4].

Both WCT and WPPT include similar obligations on contracting parties aimed at providing additional protections for copyright owners in the face of revolutional advances in information technology. These new approaches have been heavily lobbied by the copyright monopoly dependent industries. Entertainment industry and big content owners have persuaded governments that technologies of the digital age might have perilous effect on their business models since modern electronic devices being a remarkably efficient copying machines that when networked together via the Internet would create a distribution mechanism for unauthorized copies of apocalyptic magnitude. Hence governments have introduced new measures to preserve right holders’ interests in the digital world that are expected to prevent massive copyright infringements.

Noteworthy, the definition of “rights management information” doesn’t specify the form for material expression of such information, hence expanding a scope of the definition beyond electronic form. In like manner, the Ukrainian, European and American[5] legislatures have implemented the discussed Treaties by reiterating almost literally the said definition without restricting the “rights management information” to information communicated exclusively in electronic (digital) form[6]. It remains to be seen whether we should expect some sort of stickers on the books forbidding us to borrow them to friends or granting us a right to use them only inside certain territories as obviously the definition of the RMI covers also traditional media.

Arguably, the notion about the terms and conditions of use of the work could be considered not only as a legitimisation of a long disputed practice of non-negotiated non-exclusive licenses, such as shrink-wrap, click-wrap, or web-wrap licenses, but also as a move far beyond the conditions present in traditional licensing instruments.

Regarded as adhesion contracts shrink-wrap, click-wrap, or web-wrap licenses necessitate an assent by a purchaser/user to the license terms to become binding for the parties. In shrink-wrap agreement such an assent to the terms of a license agreement with a right holder is concluded from the consumer’s conduct, i.e. failure by a consumer to return the product for a refund within a certain period. Click-wrap and web-wrap agreements foresee that a purchaser submits himself or herself to the terms and conditions of a license agreement by clicking on an icon.

Thus the only substantial difference between licenses based on take-it-or-leave-it basis and the RMI appears to be the requirement of an assent by consumer or purchaser to the terms and conditions of use offered by the right holders. Oddly, according to the RMI rules a right holder is not required to offer a purchaser an opportunity to express his assent to such terms. This effectively indicates that a purchaser has no escape similar to the ones provided by above mentioned licenses from becoming bound by the terms of use.

Evidently, the concept of “rights management information” represents another instance of assertive interplay between the rules of contract and intellectual property laws.[7] A binding nature of the RMI runs a risk of bypassing copyright regulations altogether, particularly where the terms and conditions of use as defined by the RMI are used to control a use that is excused by copyright law.

To reconcile the interests of rights holders with the interests of users law makers have made an effort to relax the tension between copyright and contracts by limiting the scope and validity of contractual arrangements.[8] While there is a substantial body of law across various jurisdictions to minimize such risk it suffers from ambiguity, controversy, and heavy weight lobbyism by copyright industries.

Nevertheless there are some differences in national implementations. Whereas the Treaties are not clear as to the meaning of “authority” under which the integrity of the RMI is safeguarded national lawmakers vary slightly in their attitudes. European Copyright Directive doesn’t provide interpretation to this notion. Ukrainian Law on Copyright and Neighbouring Rights speaking about the “authority” identifies exclusively right holders that moderate the RMI. The DMCA goes further by making an explicit reference not only to “the copyright owner” but also to “the law”. These seemingly insignificant differences can make a big difference to the defences that users could employ in order to make a legitimate use of works integrating the RMI. Evidently, the implied requirement of a permission from the “authority” that a user is supposed to obtain in order to overcome the terms of RMI might compromise user’s rights under copyright exemptions and limitations. As we can see the European Copyright Directive and Ukrainian Law on Copyright and Neighbouring Rights do not make a reference to the exemptions and limitations under copyright law which questions the user’s ability to exercise legitimate uses of the works in case these uses are denied by the excessive terms of the RMI. Interestingly the WCT and WPPT provisions are also silent on the issue of whether the works accompanied by the RMI ought to be copyrighted or not. Hence we arrive at the conclusion that neither the Treaties nor their national implementations are sufficiently clear as to prevent situations when the terms of RMI hold users back from otherwise legitimate uses.

Consequently legitimate concerns have been raised as to the excessive protection afforded to right holders by such measures and a global dimension of possible unfairness to consumers of works incorporating the RMI. It seems that international protection of the integrity of rights management information by undercutting national copyright exemptions and limitations and by straining the scope of protection given to the right holders introduces a radical development for licensing regime of digital/informational products.

It must be said that despite meticulous implementation of the WCT and WPPT Treaties these novelties have created a number of incoherencies in Ukrainian copyright legislation that might provoke certain imbalances between the interests of right holders and users. Nevertheless, taking into account an immature nature of the copyright industry and in particular the market for digital entertainment in Ukraine, lawmakers still have a time credit to correct these shortcomings before they become a serious issue for interested parties.